Back in 2011 when I was more active with a Swedish blog called “Blashyrkhbloggen” I received Colossus debut EP “Spiritual Myasis” and despite the fact that Sludge Metal ain’t really my cup of tea, the band managed to impress me. Even to the extenct that I dubbed the track “Parasite” as one of the best tracks of 2011.

Four years later the bands second full-lenght album was waiting for me in the mailbox and I had to refresh my memory by going back to “Spiritual Myasis”, and to no surprise “Parasite”, still holds as strongly as back in 2011. So what about Colossus, matured and more experienced anno 2015?

Well, the first thing that directly stands out is the excellent drumming from Thomas Nordstedt along with the fantastic production. The band has really grown exactly in the direction that I was hoping for – Niklas vocals have evolved to the better and the elements that I could perhaps had issues with back in the EP days are no longer present. The pitch is perfect, suiting the bands dirty, yet progressive form of sludge like a glove.

As I mentioned in the beginning of this review my preferences when it comes to sludge are pretty much slim to none, so as far as refererences to other similar bands I have none. But I guess mentioning bands such as Baroness and Mastodon should serve as somewhat guidance. So if your looking for a dose of atmospheric stoner/sludge metal with highly skilled musicianship, “The Breathing World” is the album you’ve been looking for! 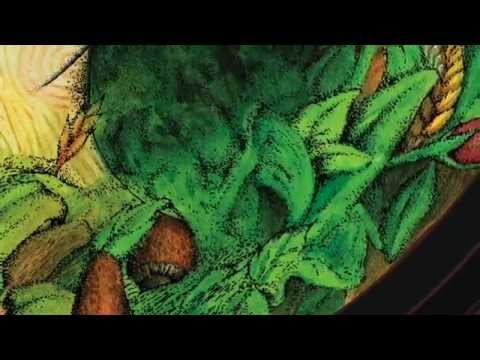