Welcome to our new feature entitled “Through the Ages of Time”. The concept is nothing new – you might know it as “Blast from the Past” or something similar from hundreds of other zines. If not, it’s really simple. There’s always certain albums or bands that has stuck with you for ages that you re-visit every now and then. Some age well, others not. These pages will be something of a walk down memory lane and nostalgia mixed with the thoughts of today.

And what better way to start this than by a Dismember special on the very day that “Like an Ever Flowing Stream” celebrates its 24th birthday?

This month I have tried to wrap my head around the nuances in the collected works of Dismember (R.I.P.) found in my record collection.

“Like An Ever Flowing Stream” (album, 1991)
The debut. The debut!? The first album I heard with the band, though my first contact with their music was the song “Dismembered” that was featured on the “10 Years Nuclear Blast” compilation. That song is still one of those I hold in the highest regard, but when talking of “LAEFS” you also have to mention “Override Of The Overture”, “Soon To Be Dead”, “Bleed For Me”… Well, every song! I have the 1996 digipak with four bonus tracks and it’s amazing from start to finish. When configuring the Wi-Fi at a friends place, I named the network after this album. 10/10

“Pieces” (EP, 1992)
The riffs are almost indiscernible in the buzz of the HM-2, but Matti Kärki’s vocals are very clear. Even as an EP, this record is very short in its original form. I have it as part of a compilation called “Indecent & Obscene / Pieces” with one extra track. It’s still short, but very sweet. The rough production really gives the songs some extra punch! 9.0/10

“Indecent And Obscene” (album, 1993)
One short month after “Pieces” was released, Dismember entered Sunlight Studios again to record their second album. It was finished in December 1992, while quite a bit of controversy surrounded the band, its imagery and the song titles. Already around the time of their debut, Dismember had problems with authorities trying to ban their works, and in some countries it worked! On “I&O” the guitars have a more laid-back disposition, but Kärki’s vocals are as frantic as they ever were, and then some. The band starts to utilize more melodies, a direction that comes in full bloom on their next album. But on here, they hit the sweet spot between brutality and harmony. I only wish the production was closer to that on “Pieces”. 9.5/10

“Massive Killing Capacity” (album, 1995)
At a first glimpse, I thought this album was really good, but I have since found it wanting. Wanting what? Power, brutality, death, cheese balls? Yes, some or all of the above. There are a few pieces that are among the more memorable in the discography of Dismember, but as a whole I have come to rank this some way below their finer albums. 6.5/10

“Casket Garden” ‎(EP, 1995)
An EP that gives me nothing new. The third track was “previously unreleased” in 1995, but it’s included in my copy of “Like An Ever Flowing Stream” so for me the “Casket Garden” EP only serves to complete my collection with the band. 4.5/10

“Death Metal” (album, 1997)
You have to love how concise this title is: Death Metal. And what a hit of an album. I have not been keeping this specific album in mind when thinking up lists of my favorite (death metal) records, but from now on I promise I will. First we are met by this corny yet awesome cover, then the song titles (“Of Fire”, “Trendkiller”, “Misanthropic”…) and starts to get pumped up. When the first notes starts streaming into our ears I imagine everyone would submit to this 40 minute death metal worship session. 10/10

“Hate Campaign” (album, 2000)
And then belly flop. Well, not totally. The music is recognizable, catchy when it needs to and heavy/brutal in between. What makes this album difficult to listen to is the way the songs have been merged together. The songs are all pretty short, and when there are no pauses between the tracks they never come full circle on their own. But it’s even more annoying trying to listen to the album on an MP3 player without gapless playback. 6.0/10

“Where Ironcrosses Grow” (album, 2004)
2004. The classic era had ended, and the band had their longest hiatus of releases ever. I believe this was the first Dismember album I picked up while it was still fresh, which kind of gave me a different approach to listening to it. “Where Ironcrosses Grow” is a nicely coherent slab of death metal. It’s not among the most innovative creations in the history of music, but it’s pretty darn good. 8.0/10

“Complete Demos” (compilation, 2005)
Pretty fitting name for this compilation. “Complete Demos” collect the three demos prior to the debut album (excluding the “Rehearsal Demo ’89” release, whose songs are accounted for anyway). I don’t know if the songs are remastered in any way, but I suspect they are, since they sound pretty good. It’s a nice release to own to complete ones collection (provided you don’t already own the original demos). 7.0/10

“Dismember” (album, 2008)
Swansong. It’s always sad when a band calls it quits. I hope at least some of the guys are keeping themselves busy with other bands or metal related work, but I have not kept up to date. I wouldn’t say the band went out with a bang, but it’s nice that they had the possibilty to say goodbye with a self-titled album. 8.0/10

So, in conclusion, we find that I prefer Dismember‘s earlier works, then their last. Yet, in between they manage to hit a homerun with one very aptly named album. Maybe, in 30 years, people will wonder if it was Dismember that gave the genre its name? Thank you for the music, the songs I’m screaming. 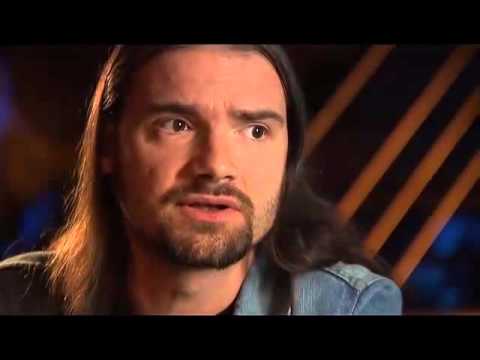 You thought it was over?

Well, not quite. As a bonus to this very first special we here at Deathdomain want to give away a copy of Dismember‘s “Live Blasphemies” 2-DVD  [2004] to one lucky winner. So, what to do?

It’s simple – just send an e-mail to satan@deathdomain.com and tell us why you should be the lucky winner?

Categorised as: MJ | Through The Ages Of Time